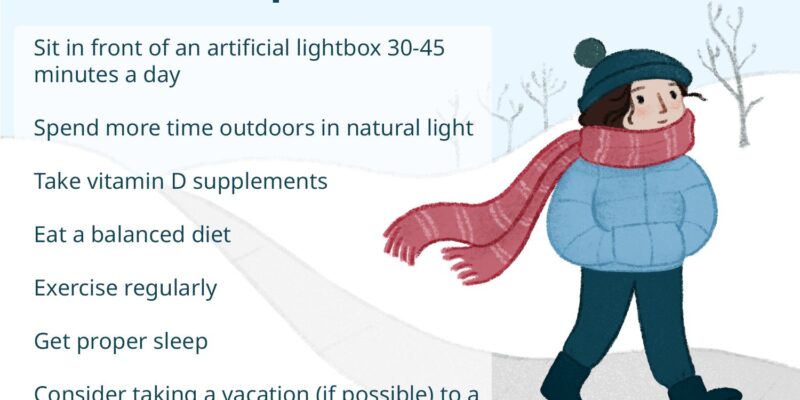 To understand seasonal depression you first have to understand what it is. This type of depression is also know as seasonal-affective disorder and is a kind of depression that surfaces each year and around the same time. It usually starts in the months of fall, sometimes winter, and ends in spring to early summer. This is much more serious than “cabin fever” or “winter blues”. There is also a rare depression disorder call summer depression and this starts in the late spring months or in the early summer months and ends some time in the fall.

The symptoms of seasonal depression are the following. People suffering from this form of depression will usually experience anxiety, sadness, loss of interest in every day activities, irritability, social life withdrawal and also the inability to concentrate. The people suffering with seasonal depression often show symptoms of weight gain, the craving for carbohydrates, an increased appetite, extreme fatigue and also little or no energy.

You find yourself suffering from the disorder in the summer months look for the following symptoms:

The truth about seasonal depression is that it is more likely seen in those people living further north and further south of the equator. In these areas seasonal changes are a bit more extreme.

The truth is that it is unclear as to what really causes it. But the influence the disorder has on the latitude suggests that it is cause by the sunlight availability. There is a theory that when a person’s exposure to sunlight is decrease, that person’s biological clock that helps keep mood, hormones and sleep regular is delayed. This is also the case in the winter months. When one is expose to sunlight, that person’s biological clock resets.